← Students Identifying Misconceptions (Instead of Me)
An Arab Bow Tie →

After a three-week experiment, I’ve decided that I’m going to downgrade my classroom from “paperless” to “minimal paper usage.” Every student in our school is given a tablet computer, which is awesome, yet very few teachers take advantage of the tablet capabilities of these computers. I thought I would try this year and had every student bringing their tablet to every class. We have been taking notes and doing homework with Microsoft OneNote. The cool part about this is that I have their notebooks shared with me on our school network, so I can check out their notes if I want, AND no one has to rip out paper from their notebook to hand in, only to lose it when I hand it back (or, on the rare occasion, have me lose it). OneNote automatically syncs with their shared notebook on the network, so I can grade their notebooks on my computer without them sending anything to me, and then they can automatically see my marks on their homework notebook the next time they open up their computers and sync – without me sending anything to them. This, I have found, is absolutely awesome. It’s more efficient and more organized and I think saves a considerable amount of valuable class time.

But the in-class tablet usage is another story. Here are the downsides:

Final decision: I’m keeping the tablets for the homework (where efficiency is paramount and collaboration doesn’t really matter), but ditching them for in class stuff. Though I’m sad it failed, it helped me really realize what I value in my classroom. Frank’s famous $2 Interactive Whiteboard post really captures well how technology can actually restrict modalities of learning though it can expand our abilities to visualize and manipulate things. And even though I read that a few times this summer, it took the experience of the tablets to make me really understand what he was talking about.

So what did I do? I had the school order whiteboards for the math department. And we used them today to play the Mistake Game, where students present the solution to problems and purposely hide a mistake in their solution. And it was awesome. My favorite math class of the year by far.

I guess I’m willing to sacrifice a tree or two for mathematics sake. 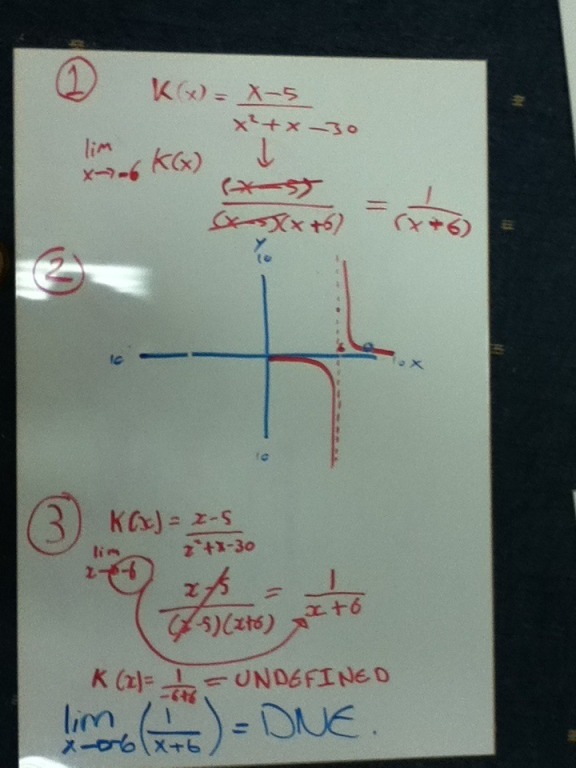 *Educated guess. I’m not ridiculous enough to actually time that and record the data.

Posted on September 29, 2011, in Calculus, Technology. Bookmark the permalink. 4 Comments.

← Students Identifying Misconceptions (Instead of Me)
An Arab Bow Tie →