This summer, I’m teaching a 5 week intensive course called Data Driven (course description) at this amazing summer program at St. Paul’s School in NH called the Advanced Studies Program. It’s an enrichment program for rising high school seniors. We are doing class 3-4 hours a day, 6 days a week for 5 weeks, with tons of time for independent work at night. The class is about creating functional data mavens – think statistics, plus data science, plus research, plus data ethics/privacy, plus cryptography, with a whole lot of reading, coding, writing, computing and interacting with the community along the way.

After a quick math-themed icebreaker, we started our data class this summer with a few data themed get-to-know-you activities, the first being data speed dating. Each student picked a categorical variable and a quantitative variable that they wanted to collect from every student in the class. They then sat across from each other and “speed dated” to collect the info from each person in the class. 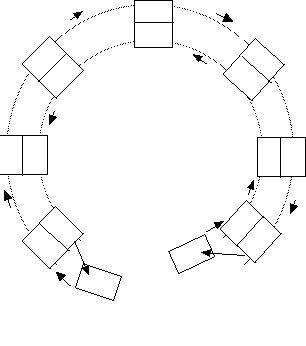 It was nice to knock out the kind of dumb and easy idea of variable types in an icebreaking activity, and it was great that every single student had a conversation with every other student in the class (only 12 students).

Then, I paired them up and each pair had to pick one of the sets of data to present visually to the class. I wanted to get them started on culling the most interesting data from a data set, picking appropriate visualizations, and translating data for others. One group did this kind of funny infographic describing how many pairs of pants were owned by people who preferred certain movie types. Problems with the visualizations, of course, but interesting nonetheless (and hey, it was the first half hour of class). In retrospect, I wish I had explicitly said “Combine TWO of your pieces of data in a visualization” because I think that would have been a much more interesting intellectual challenge (and would have led to a bunch of silly things!). 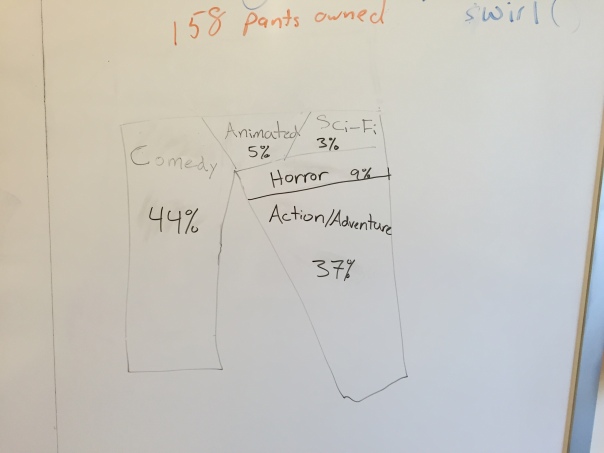 Then, I introduced our homework for the night, which fell on similar lines. It was based on the project Dear Data by two data scientists Giorgia Lupi and Stephanie Posavec. They picked a broad topic (like “laughter”, “books”, “thank yous”) at the beginning of a week, and each chose what data they were going to collect about that topic. At the end of the week, each turned their data into a beautiful visualization on a postcard, with the key on the back, and sent the postcards to each other (one was in London, one in NYC). 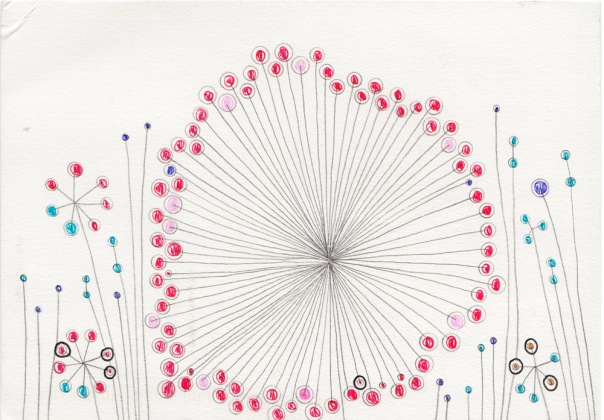 For my students, we picked the topic “New Encounters,” as they are all starting this program with a bunch of people they don’t know. They each brainstormed the data they were going to collect, and I gave them mini-reporter notebooks to carry around. From what I saw when they were working on them earlier tonight, some of the visualizations that the students did were just as beautiful as these professional data scientists (and some managed to collect 70-80 points of multidimensional data in a day and a half). Will post once I see them tomorrow!